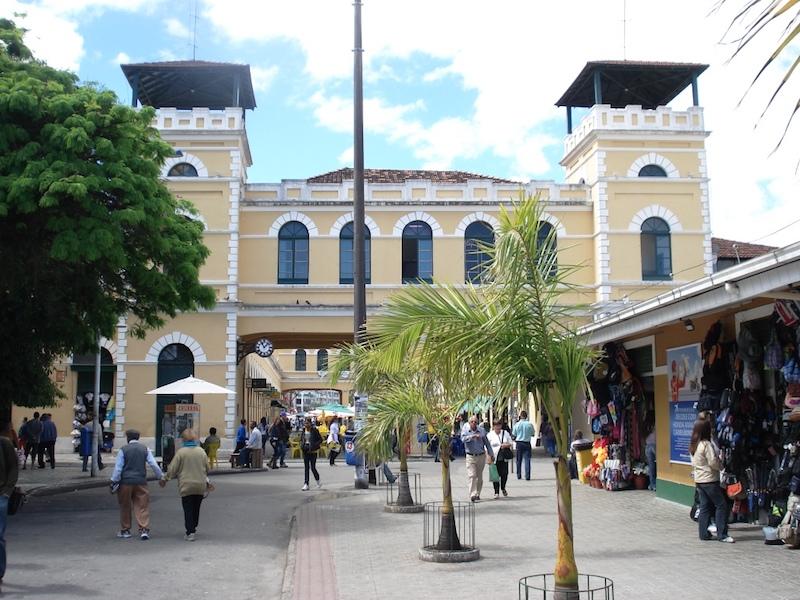 The center of Florianopolis is located 12 kilometers away from the international airport Hercilio Luz. Within the city center of Florianopolis you can find wonderful shopping streets, theaters, churches, green fields and many well-preserved historical houses and buildings from former times, such as the historical museum "Palacio Cruz e Sousa" and the cathedral "Catedral Metropolitana". Within the center of Florianopolis a great variety of restaurants, bars and accommodation in pensions, hotels and pousadas is offered. Florianopolis offers lot more tourist attractions: the market hall "Mercado Publico", the house of artists "Casa da Alfandega", the brigde "Hercilio Luz" and the nice green plaza "Praca XV de Novembro", where you can rest under a hundred year old fig tree.

Near the Hercilio Luz bridge you can find the Beira Mar Avenue of Florianopolis, which is 8 kilometers long. It was restored at the beginning of the year and attracts many strollers and cyclists with its long pedestrian walk along the sea. The "Avenida Beira Mar" is crowded day and night. The visitors use the green avenue for jogging, cycling or for enjoying the wonderful view over the sea while taking a walk. Along Beira Mar Avenue numerous apartments, hotels, pousadas, bars, restaurants and night clubs are located. The 50 meter long way "Trilha do Lessa" is near the culture center CIC. Here you can find information about the domestic flora and fauna and the mangrove eco system as well as visit the Itacorubi bay of Florianopolis. Many popular hotels of Florianopolis are situated at the Avenida Beira Mar.

Todays historical museum "Palacio Cruz e Sousa" has been the gubernatorial palace in the 18 th century. It was the residence and working place for the presidents. Until 1954, the palace was the seat of government of Florianopolis. In 1984 the building was restored and awarded historical heritage of Santa Catarina. The museum exhibition shows furniture and objects, which remind of the political history of the state Santa Catarina. The ground floor hosts the library of the historical and geographical institute. The balustrade and the balcony of today´s museum are originally from Italy and the pavement of the entrance area comes from Portugal.

In front of the historical museum "Palacio Cruz e Sousa" you can find the beautiful cathedral "Catedral Metropolitana" originated from the colonial time and was built in 1748. The cathedral is located in the inner city of Florianopolis, near to the plaza "Praca XV de Novembro".
The green plaza "Praca XV de Novembro" was established in 1662 by the discoverer Franciso Dias Velho. Around the plaza are several historical buildings situated like the building of the city council assembly, which is restored at the moment. On the plaza there is also a monument for the heros, who fought in the war against Paraquay. The plaza of the 15 th November is popular for a 140 years old fig tree. The legend says that everyone, who circuits the tree three times, will come back to the magical island Florianopolis, the "Ilha do Magia". Many nice cafés, restaurants and accommodation opportunities with pousadas and hotels are situated at the plaza "Praca XV" within the center of Florianopolis.

The hall of artists "Casa da Alfandega" lays behind the Mercado Publico in the inner city of Florianopolis. It was built in 1876 in the neoclassical style. In former times, it served as a custom house. Till today it has developed into this famous custom house. Over two hundred local artists exhibit their art within this hall and some of them even produce them on site, so that visitors can watch the manufacturing process. Take this opportunity to buy some nice souvenirs of Florianopolis.
The surrounding beaches can be easily reached from Florianopolis. There is a variety of accommodation offers in the center of Florianopolis. Hotels, pensions and pousadas in the city center are favored, because of their ideal position.