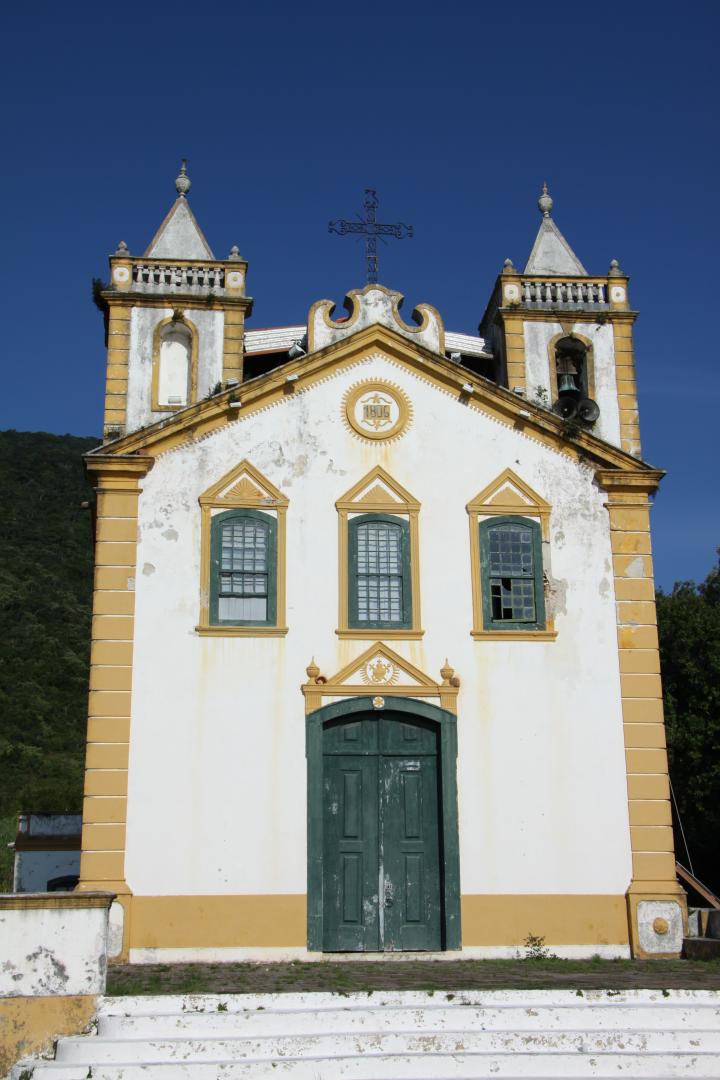 When asked who the first residents of Florianopolis were, there is yet disagreement among researchers. The anthropologist Adnir Ramos of the multidisciplinary Institute for Environment and archaeoastronomy (IMMA) in Florianopolis says that the first human settlements were "Homem do Sambaqui".
It is unclear until now whether at this time also the Tupi Guarani lived in Florianopolis.

The "Homem do Sambaqui" inhabited the Florianopolis island and the coastal areas of the mainland of Santa Catarina, about 5 - 6 thousand years ago.
As hunters, gatherers and fishermen, the former islanders ate mostly mollusks (moluscos), wild fruits and fish. They piled their food scraps, such as animal skeletons and biological wastes, which were transformed over time into meter-high hills.
These "deposits" as well as the people referred to as Sambaquis.
From the language of the Tupi Indian word which is derived from Sambaqui tamba'ki and translated as mountain shell. Due to weather conditions and chemical processes unleashed the calcareous material and led to fossils.
The Sambaqui-sites have become the main source of Pre-Indigenous population.

The Sambaquis served as a burial place of the former inhabitants.
The discovery of human remains and fossils gives researchers a glimpse into the life of Sambaqui-nation, the "Homem do Sambaqui".
The Sambaqui-sites are discovered all along the Atlantic coast, also in northern Europe. It is not proven whether they are at the sites on the coast of Brazil by the same people and was the relationship between the peoples of different countries. Most Sambaquis were discovered on the coast of Santa Catarina.
These represent the most important archaeological sites.

Alone in the cities of Laguna and Jaguaruna Sambaquis found 42 different dimensions. The size of the Sambaqui Hills varies from 1 - 18 m height.
Researchers found that the Sambaqui-produced objects made of wood, leather and fibers. At the Sambaqui-sites there were also several stone objects, such as arrowheads found.
The Sambaquis also use stones to grind their hunting tools and to perform other traditional customs.
You get a good insight into the culture of "Homem do Sambaqui" on our trip to the mystic rocks.

After the "Homem do Sambaqui" Itarare Indians inhabited the region.
Subsequently, the Tupi Guarani Indians have inhabited the coastal region of Florianopolis and Santa Catarina. Archaeological sites provide evidence that their presence can be traced back to this area until 1400 AD.
The indigenous population was divided into various tribes and lived in different hamlets. The Tupi Guaranis lived by growing plants, from agriculture and fishery. The indigenous people were called by the Europeans in the early colonial period, as Carijo Indians.

In the 16th Century the first settlements of the Portuguese were built in Santa Catarina. However, they settled at the coast of Santa Catarina de facto in the 18th Century. At that time the South of Brazil was the subject of disputes between the Portuguese and the Spanish crown.
Portugal sent residents of the Azores and Madeira islands, where there was a surplus population, to Santa Catarina, in order to secure the conquered territory. Between 1748 and 1756, approximately 6,000 Azorean were down all along the coast of Santa Catarina. They built a small farmer system for self-preservation, and lived by fishing. The Azorean left to their descendants a great cultural treasure in its own dialect, a pronounced, allegorical folklore, culinary expressed in various fish and seafood dishes, and in architecture.
Not only in Florianopolis, but along the entire coast of Santa Catarina, there are signs of the Azorean culture. Colonization by the Azorean reflected in Florianopolis resist especially in architecture.

One of the oldest villages of the Azores - founded in 1750 is Santo Antonio de Lisboa in Florianopolis. This place has to offer interesting sights, such as the 1756-built Church of "Nossa Senhora das Necessidades" an Azores house where handicrafts and pottery can be found and finally the "Caminho dos Açores" - the "trail of the Azores," which was built in 1860.
Many traditional folk dancing groups can be seen, in Santo Antonio de Lisboa, for example, the Pau de Fita, Boi de Mamao and Ratoeira.
These were founded by members of the community and continue the customs and traditions of the Azores with great joy at religious festivals.

Another key element of the Azores, Florianopolis, the Ribeirao da Ilha place whose founding dates back to 1760.
The well-preserved, colorful houses and cobblestone streets in Ribeirao da Ilha are characteristic of the beautiful fishing village.
Here is also the church "Nossa Senhora da Lapa do Ribeirao", whose construction dates back to 1806 and the Environment Museum, where both objects of hermits, as well as to marvel at a flour mill are.
The colorful streets of these two Azores centers invite their guests with many craft shops to stroll. Subsequently, at the seaside, traditional fish restaurants serve regional dishes in the unique sunset.

The 19th Century was marked by the arrival of Germans and Italians in Santa Catarina. The German immigrants founded Sao Pedro de Alcantara in 1828.
1850 there was a second wave of immigration from Germany and the Germans settled in the Itajai Valley.
In addition, they established Blumenau and other settlements in the area.
The German immigrants arrived with the creation of small farms and businesses reputation and prosperity.
Many of the companies were transformed over time into large industrial firms, which are also still of great importance for the economy of Santa Catarina.

The Italians immigrated some time later to Santa Catarina.
They settled in 1875 - mainly to the south of Santa Catarina and settled near the coast and in the vicinity of the German settlements.
The Italian immigrants are numerically the largest group of immigrants in Santa Catarina; they put their knowledge into the cheese and sausage production and brought the grain and wine to Brazil.
Major Italian cities are the foundations Criciuma, Urussanga and Nova Veneza. Here are Italian traditions preserved and vineyard and winery are operated.

The colorful mosaic that represents the people of Santa Catarina, is complemented by other immigrant groups.
These are numerically small, but the state has a rich, cultural legacy.
Among them, Africans, Austrians, Norwegians, Hungarians, Letter, Japanese, Syrians, Lebanese, Poles, Russians, Ukrainians.
Even the famous gauchos, cattle driver from Rio Grande do Sul crossed, with their herds to mountain regions of Santa Catarina.

Florianopolis Santa Catarina today attracts both Brazilians from all regions of the country, and foreigners from different corners of the world.